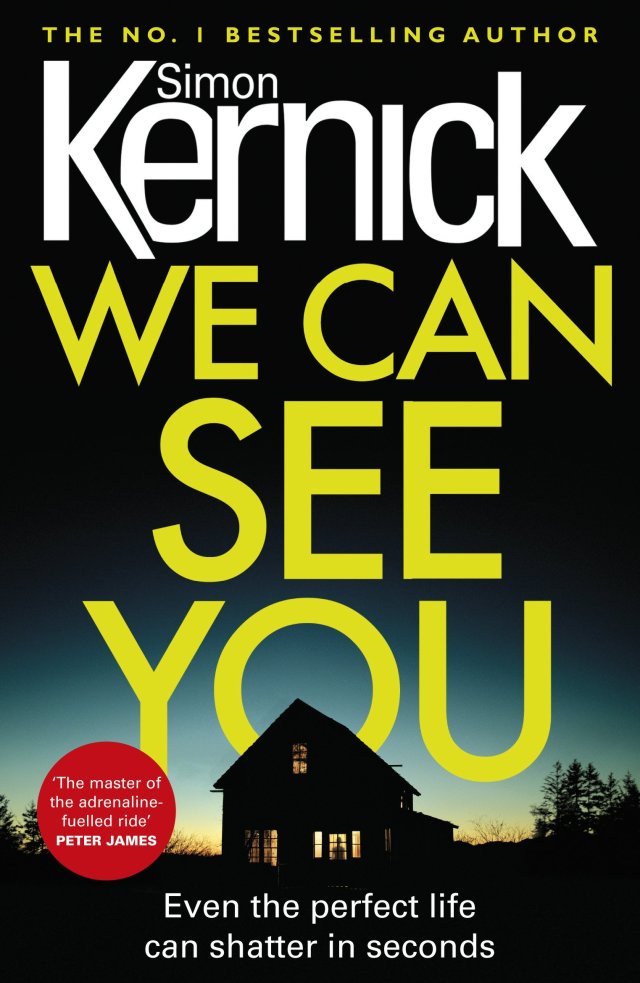 WE CAN SEE YOU

‘The master of the adrenaline-fuelled ride.’

‘It will keep you breathlessly on the edge of your seat’

You have it all. Success. A beautiful home. A happy family.

And then in a heartbeat it’s all gone.

Your daughter has been taken. And the people who have her will kill her if you involve the police. You can’t rely on anyone, not even your husband. Because it seems you have enemies too.

But remember, they can see you. And they know everything about you. Including secrets you’d hoped you’d buried in the distant past. You can be certain of only two things: that you will do anything to get your daughter back alive. And that time is running out… 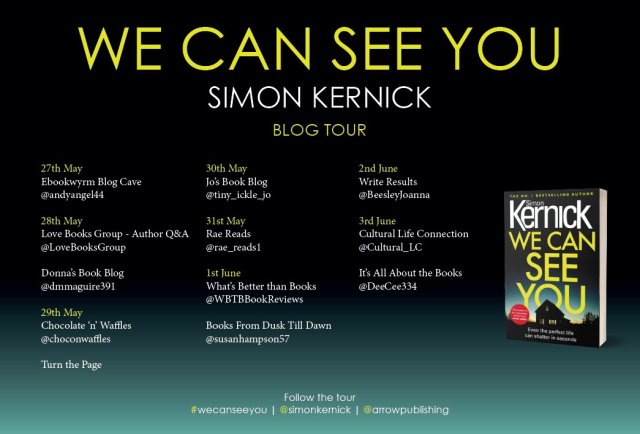 This was the first book I had read from this author. I admit I have not been disappointed. I was initially drawn to the cover, then immersed into the story… I don’t want to say too much here and have already listed the blurb, but I would like to convey how captivated I was with the story telling… I literally could not put this down! Highly recommended!

Simon Kernick is one of Britain’s most exciting thriller writers. He arrived on the crime writing scene with his highly acclaimed debut novel The Business of Dying, the story of a corrupt cop moonlighting as a hitman. Simon’s big breakthrough came with his novel Relentless which was the biggest selling thriller of 2007. His most recent crime thrillers include Siege, Ultimatum, Stay Alive and The Final Minute. He is also the author of the bestselling three-part serial thrillers Dead Man’s Gift and One By One.